Ahead is getting towards release on Android with the initial date set to the 15th of June.

As decided by the community on Twitter, the entire revenue of the game on mobile will be based on advertising so the game will be free on that platform.

The game as been optimized to run on almost any device equipped with Android 6.0 and over, supporting both landscape mode and portrait mode. However, despite the fact that mobile users will generally prefer playing in portrait mode due to the ergonomics of the device, the game has first been thought to be played in landscape mode. Thereby, all in-game menus are optimized for landscape mode, portrait mode still being usable albeit less attractive. Anyway, keep in mind that actually playing the game (out of menus) is exactly the same whatever the orientation you choose.

After the release on Android

The game is planned to be released on PC later this year. It will mostly feature better graphics, customizability, and more music tracks. No precise release date yet but I think I’m safe to say it will be around August.

Concerning distribution platforms, Itch.io should be the first the game will be available on, but I wish to push it to the most platforms I can. Steam is not planned yet as the submission fees are not something I can afford due to the multiple projects I’m working on and the financial support it needs, but if the mobile version of the game can fund it, then why not.

Regarding console, let’s say it’s a possibility, but it’s not clearly planned yet. Though, if it was to be, I think Nintendo Switch would be the first console to consider.

CastleQuest is the project I’ve spent the most time working on recently, and it shows. I’m only focusing on level design for the time being so the world is actually building quite fast. It may not sound like an exciting task, but it’s kinda relaxing as it does not need extreme focus and it is something I am looking for when working on a side project. I can’t wait to finish building this world to start bringing it to life. 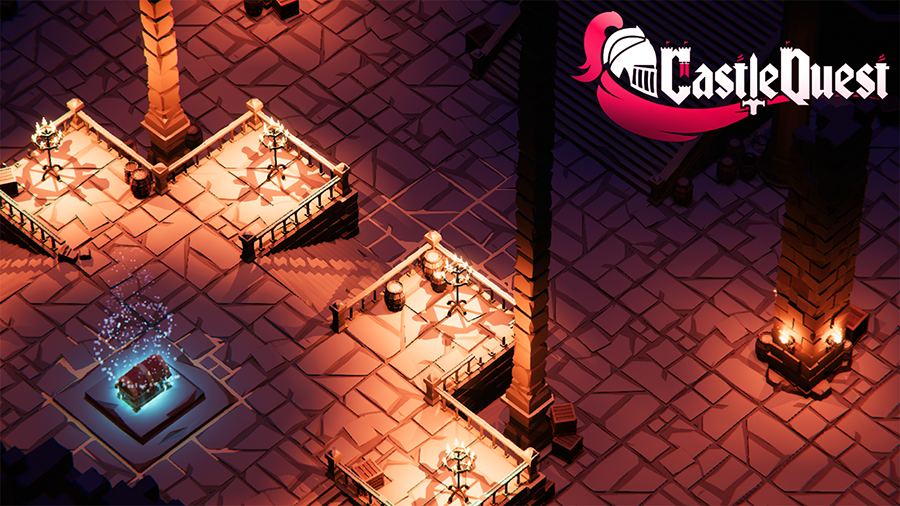 It's not only about castles

As shown in the first screenshot I’ve shared of the game, it is not taking place exclusively indoors. I recently updated the project to Unity 2019.1 so I can use the new terrains editor and I also started using Amplify Shader Editor to create some amazing shaders, including water and lava. 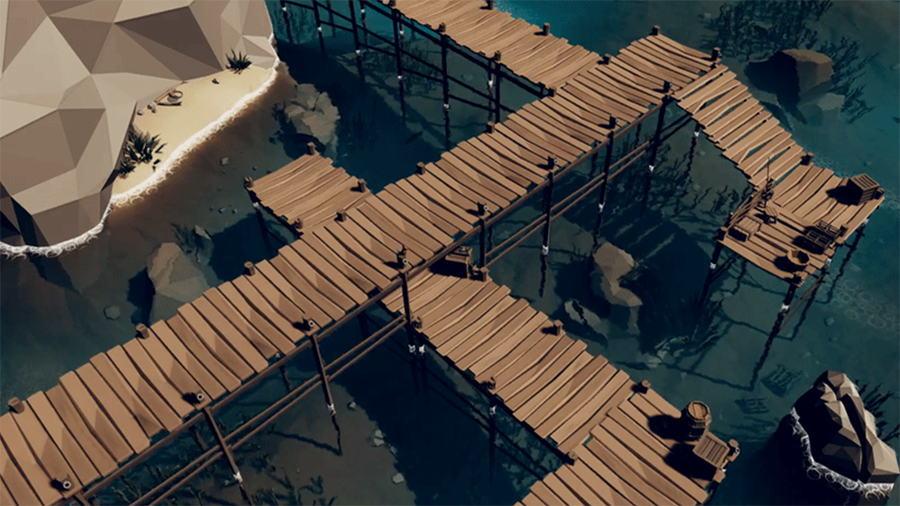 As development progresses, I’m realizing that my scope of the game is way too big. I had in mind that the first campaign would result in an hour of playtime, but I was so wrong, I’m guessing it’s around 4 hours of playtime at the moment so instead of dividing the game into multiple campaigns I’m thinking about cutting it to 1, and then adding new campaigns as huge free updates.

This would keep the game alive for several years and keep new content coming up every year, it would also expand the replayability aspect of the game as new campaigns would not only bring new environnements, but also new enemies, new loot, new abilities, and so on.

I recently acquired UMotion Pro, allowing me to start reworking every animation from scratch but using IK. Before that I was only animating using FK and it would take me a really long time for… not that great result. Now I can spend the same amount of time working on animations and get 10 times the quality of what I’ve made before, so I deleted all player animations and restarted from zero, starting with locomotion animations.

As always, coming with good menu ideas feels like a challenge to me so this is highly subject to change in the near future, but I feel like this color selection screen has ideas. I’m soon going to rework the entire menu, adding one more step to get into the actual playstate of the game is making more and more sense to me, especially after reworking that many times Ahead’s menu.

Currently the level selection menu allows to choose with a toggle if yes or no Coop mode is enabled. But now that I’ve added color selection I think it will feel much better to get a level selection screen, then get a color selection screen where your partner can join the game by pressing a key, then start the game. It’s a bit like a fighting game, you choose the place where you’ll be fighting, then you choose your character, then the game starts.

The players will be able to choose between 16 colors to play with.